What is forest health and why is it important?

The health of forests and trees is important for many reasons and can mean many things to different people in different situations. The most widely used definitions of forest health tend to incorporate two aspects:

Included within those aspects is the forest’s ability to renew itself and be resilient against disturbances.

All forests experience disturbances. Disturbances are any activity that disrupts forests; injures, weakens, or kills trees; or changes the structure or composition of the ecosystem. Disturbances are natural and necessary in forests. Disturbances allow forests to renew, return nutrients to the soil, and can provide important habitat for wildlife. Types of disturbance can include:

In Alaskan forests, insect outbreaks, pathogens, wind events, and fires are common disturbance types. These disturbances can be normal and healthy in the forests; however, large-scale events such as the spruce beetle outbreak of the 1990’s on the Kenai Peninsula and the Copper River Valley, can be devastating. 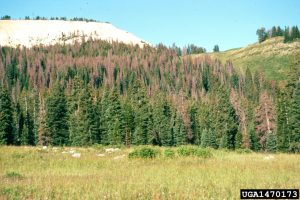 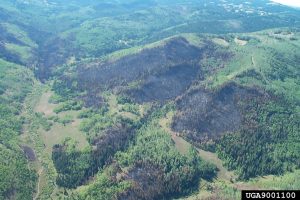 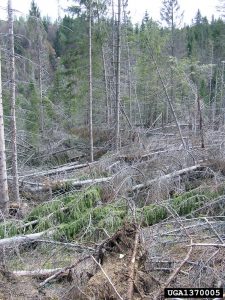 Invasive species are also disturbance agents in our forests and urban trees and can be devastating for forest health since invasive species pose challenges that native pests do not.

What is an invasive species?

An invasive species is a species that is not native to the ecosystem and whose introduction causes or is likely to cause economic or environmental harm or harm to human, animal, or plant health (Executive Order 13112). Invasive species have the potential to establish and spread in new environments for a variety of reasons.

This video explains why invasive species are successful and how they can impact the environment.

Invasive species can be transported to new areas in many different ways. Often invasive species are first brought to the country through the shipment of goods. Invasive forest pests can travel to new locations in living plants for the plant trade, wood packaging material including crates and pallets, and as general hitchhikers on a variety of items. 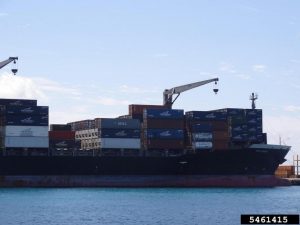 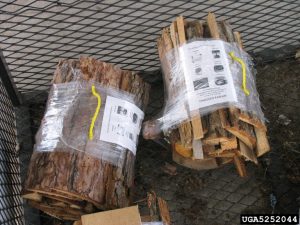 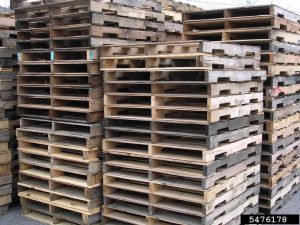 Once established in the country, firewood is a common way that invasive forest pests can be moved to new locations. Firewood can harbor different life stages of pests under the bark or within the wood where they are difficult to detect. Insect eggs can also be present on firewood and go undetected. If unburned firewood is left in a new location, the pests may have the opportunity to complete their lifecycle and emerge to infest nearby trees.

Invasive species can also spread naturally. Invasive plants have seed dispersal mechanisms that contribute to natural spread, and pathogens such as fungi can utilize wind and water to spread their spores. Insects are particularly well suited for natural spread since many of them can fly or otherwise crawl to new locations.

We have been moving people and goods for a very long time, why are invasive species so threatening now? Invasive species have always been threatening. We are still dealing with the consequences of several historical invasions in our forests such as European gypsy moth, Dutch elm disease, and chestnut blight. What makes current conditions unique is that we are now able to move more goods more quickly. Meaning the insects, etc. that accompany the goods are more likely to survive the journey than they were in years past.

How do we monitor for and manage invasive species?

The primary goal of any invasive species program is to prevent the pest from reaching and establishing in a new area. Prevention is accomplished in several ways:


Eradication
Eradicating invasive species can be a viable option if the species is detected quickly and has not spread very far, though it still may take several years and several control strategies to complete. In some instances the costs and benefits of eradication need to be weighed very heavily as it is not always practical or possible. 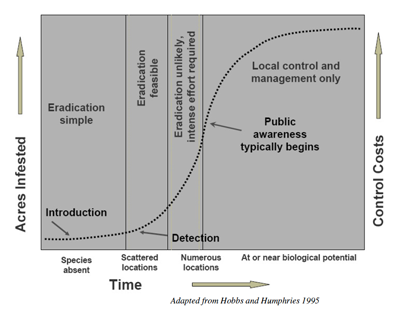 Management
If eradication is not possible, or eradication efforts have not been successful and the pest has spread outside of a manageable area, other management options need to be considered. Efforts to contain the pest and slow its spread to neighboring areas should be initiated. Other management options might look at long-term strategies that minimize the impact from the invasive species such as biological control agents, or practices that make the area a less favorable habitat.

Public outreach
Public outreach is a critical tool in any invasive species program. Outreach programs function at every level from prevention to management. Numerous outreach and education campaigns to raise awareness about invasive species have been launched in recent years resulting in a much more informed and engaged public.

We have many species of insects that are native to Alaska and can cause varying degrees of tree damage in our forests. For more information on native and established pests of trees in Alaska see: Insects and Diseases of Alaskan Forests.

The focus of the remaining modules will be on three groups of insect pests of trees. The modules will highlight potential invasive species that are not native or present in Alaska but that have the potential to be damaging if they were to be introduced. These groups are: 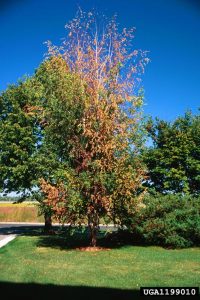 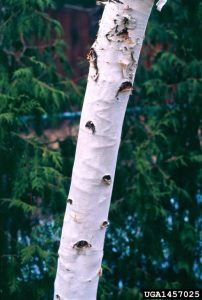 Bark beetles live and feed between the bark and the wood of trees and shrubs. This feeding can be very damaging because it disrupts the tree’s ability to feed itself. Additionally, many bark beetles carry fungi that can further compromise a tree’s ability to transport water and nutrients. 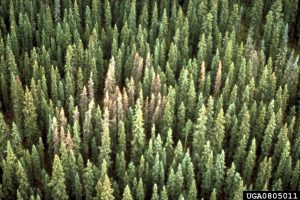 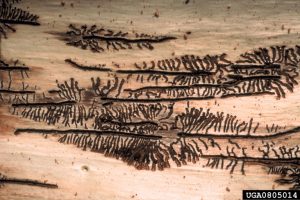 The larvae of some moths feed on the leaves or needles of trees to such an extent that it weakens, or in extreme cases, kills the trees. These insects are referred to as defoliating moths. 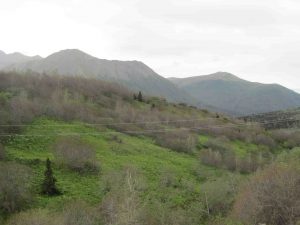 Modules 2, 3, and 4 will go over the groups of potential invasive insects in more detail, including identification information and what signs and symptoms to look for. If you encounter a specimen or suspicious damage, here’s how to collect it and/or report it.

If you observe an insect damaging a tree and cannot identify it as one of our native species, it is best to collect the specimen and submit it for identification.

Insect specimens, while somewhat sturdy, are still fairly fragile and should be treated with care. Live insects should be killed before submitting them. Insects can be killed by placing them in the freezer for a night or two or by drowning them in alcohol (70% rubbing alcohol will work). Insects can then be placed in a tightly sealed, sturdy container and brought or mailed to your local Cooperative Extension office (link to map of office locations/contact information).

>>PDF of all this information to link back to<<

Please group specimens by the location/tree from which they were collected. Do not put specimens from different locations in the same container. Please include collection information with each container submitted.

An important aspect of insect specimens that people often forget is the importance of collection information. When you collect a specimen, please make note of the following data:

If you do not find any insects, photos of suspicious damage are also welcome! Photos can be submitted through our Pest Portal or to akforestpest@alaska.edu.

Digital photos can be great tools for insect identifications. Keep in mind, though, that photos are not without their limitations. The tips below can help improve the likelihood of getting an accurate and quick diagnosis when submitting digital photos.